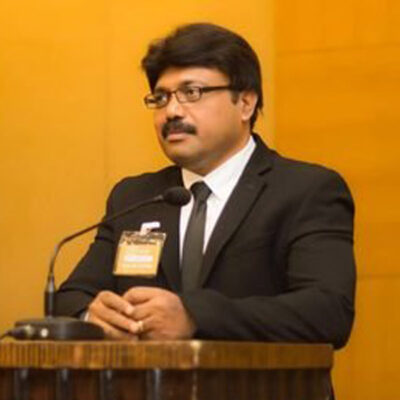 Dr Anup Dayanand Sadhu, working as Head & Group General Manager of Container Corporation of India Ltd., Bangalore, was born in Bangalore and did his early schooling at Ghataprabha, Belgaum District. Studied at Sri Ramakrishna Vidyashala, at Mysore, from 6th std to 10th std. Joined MBBS at Bangalore Medical College in 1984 and completed graduation in Medicine in 1990. Did his Post graduation course, MD in Neuropsychiatry at National Institute of Mental Health and Sciences, Bangalore from 1990 – 1993.  Successfully cleared the Civil Service Exams in 1993, in his first attempt and joined Indian Railway Traffic Service. Did his Advanced Management Course at ICLIF MALAYSIA and also at the prestigious INSEAD BUSINESS SCHOOL, SINGAPORE.

Worked in various capacities as under:

Ministry of Railways recognizing the exemplary work done by him, awarded “National Award for Outstanding Service in Administration” in 2005,

Recipient of National Tourism Award from Hon. President of India, Sri. Pranab Mukherjee in 2013, for the various Innovations undertaken at Mysore Division of South Western Railways.

Received following awards as Head  of CONCOR, Bangalore since recently, as a testimony of its growth story under his leadership.

– Samman Patra in 2017 by the Indian Customs on the occasion of International Customs Day 2017.